What will we wear? 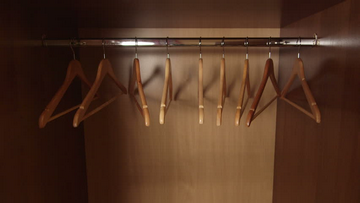 What will we wear? That’s the big question facing Scotland’s separatist movement. People need to know what clothes they will have after independence.

SNP insiders admit that uncertainty about apparel was a significant factor in the humiliating defeat suffered by separatists in 2014. Critics say that failure to address the question of dress was a major blunder by the campaign to break up the UK.

John Curtice, Professor of Politics at Strathclyde University, points to research indicating that voter uncertainty about what they would wear after independence had a measurable impact on the outcome. He said,

“My research indicates that uncertainty about what they would wear after independence had a measurable effect on the result of the 2014 referendum.”

“It seems the Nats expected the people of Scotland to go around naked after separation. People I spoke to on the doorsteps were…

Thinker. Listener. Talker. Reader. Writer. No attitude immutable. No conclusion final. No opinion humble. Lifelong campaigner for the restoration of Scotland's independence.
View all posts by Peter A Bell →
This entry was posted in Politics. Bookmark the permalink.

1 Response to What will we wear?