Maybe not so daft 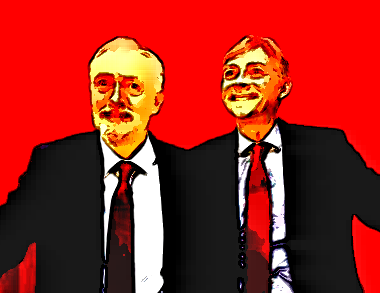 It is important to understand what is going on here. And it really doesn’t have anything to do with zero-hours contracts. Richard Leonard is no more embarrassed by his rank hypocrisy on this matter than by his previous gaffes on subjects such as water and railways and health. That’s because his utterances are not about policy at all.

As Gordon Archer has pointed out on Twitter, Leonard’s strategy is to blur the distinction between British Labour’s Westminster and Holyrood policy lines. As Gordon says,

“This blurring of the lines is about getting Labour’s Westminster vote back from the SNP by confusing what the Scottish Parliament and the Scottish Government can and cannot do, and is and is not responsible for.”

This is perfectly correct, as far as it goes. But the other strand of this strategy is just as worth being aware of. It’s not only about undermining the SNP administration by insinuating that it is failing to do things that it has the power to do. It is also about obscuring the distinctiveness of Scotland’s political culture by creating the impression that progressive policies can emanate from Westminster just as well as from Holyrood.

Leonard’s rhetoric is not simply the dumb partisan politicking it may first appear. It derives from and feeds into the larger propaganda effort on behalf of ‘One Nation’ British Nationalism. It is at least as much about casting aspersions on the legitimacy and effectiveness of the Scottish Parliament as it is about attacking party political rivals.

Thinker. Listener. Talker. Reader. Writer. No attitude immutable. No conclusion final. No opinion humble. Lifelong campaigner for the restoration of Scotland's independence.
View all posts by Peter A Bell →
This entry was posted in Politics and tagged British nationalism, Jeremy Corbyn, Richard Leonard. Bookmark the permalink.

5 Responses to Maybe not so daft